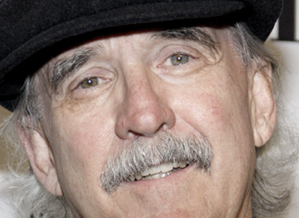 Grammy and Academy Award winning songwriter Will Jennings began his Hollywood career with 1976’s The Commitment, soon after teaming with composer Richard Kerr to write Barry Manilow’s 1977 hit “Looks Like We Made It.” Two years later, Manilow returned to the top 10 with the duo’s “Somewhere in the Night.” After earning his first Academy Award nomination for the song “People Alone” from 1980’s The Competition, Jennings collaborated with Steve Winwood on several songs on the singer’s 1981 album Arc of a Diver. They reunited the following year for Talking Back to the Night, which generated the hit “Valerie.” In tandem with Jack Nitzsche and Buffy Sainte-Marie, Jennings earned his first Oscar for “Up Where We Belong,” from the Joe Cocker/Jennifer Warren blockbuster film, An Officer and A Gentleman. After working with Jimmy Buffett on 1984’s Riddles in the Sand and its follow up Last Tango in Paris, Jennings reunited with Winwood for 1986’s enormously popular Back in the High Life, earning a Grammy nomination for Song of the Year for “Higher Love.” In 1991, Jennings paired with Eric Clapton for the cathartic “Tears in Heaven,” from the motion picture Rush. His biggest song, however, remains 1997’s Titanic theme “My Heart Will Go On.” Written with composer James Horner and sung by Celine Dion, the song earned a boatload of Oscars, Grammys and Golden Globes on its way to becoming the most-played radio hit in history.